What Do I Hope To Achieve From A Podcamp?

So firstly what exactly is a Podcamp? I know for some of the UK readers of this blog this is probably an unknown concept, the majority of the UK population hasn’t really engaged in this type of activity previously, I say majority.

A Podcamp then is a form of un-conference, taken from the concept of a Barcamp.

“BarCamp is an international network of unconferences — open, participatory workshop-events, whose content is provided by participants — focusing on early-stage web applications, and related open source technologies and social protocols.” – – (http://en.wikipedia.org/wiki/BarCamp). 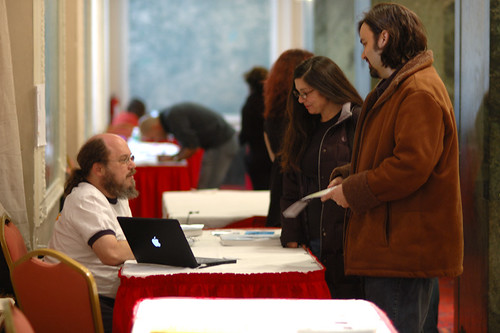 I like this a lot, in fact that wikipedia link is worth taking some time exploring to get to grips with the foundations of what a Barcamp is, and it is important to understand this conceptually. A Podcamp being a Barcamp with the focuss on Podcasting, Blogging and New-Media, essentially a Barcamp with a tighter focuss.

The other concept to understand is that a Podcamp is an un-conference.

“An unconference is a conference where the content of the sessions is driven and created by the participants, generally day-by-day during the course of the event, rather than by a single organizer, or small group of organizers, in advance.”

This concept being very different to a typical “sage-on-the-stage” led conference.

This is a beautiful concept, a totally open and sharing environment where like-mined people come together and exchange information in a free-flowing manner. The fact that everyone in attendance is equally important really is beautiful, it is empowering and motivating and very much inclusive.

I am in a position to host a Podcamp Un-conference at BCUC, a University going through modernisation in the county of Buckinghamshire, UK.

BCUC is located in High-Wycombe which is off Junction 4 of the M40, intersecting on the 404 with the M4, Heathrow airport is around 20 minutes by car, the train line runs from Birmingham to Marylebone London, reaching London in 30 mins.

BCUC had 9,000 students on part-time and full-time courses in 2005/6 – including 4,246 who are studying for undergraduate degrees. A potentially rich hot-bed of new future rockstars eager to embrace new-media.

So what are my intentions then? 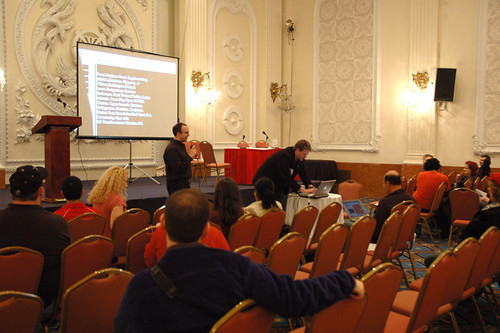 So my main intentions for a Podcamp at Bucks are to raise the awareness of Podcasting, Blogging and New-Media to those people who are NOT currently in the “circle of trust” (to use a very bad Meet The Fockers analogy). I wish to break out of the tight-knit community which can exist with any new cult-like activity and genuinely reach out to new-comers to the field, the people who are clueless to this. I want students and staff at BCUC to take an active part, I want local business to take an active part and learn something about social-networking, I want old-style broadcasters to pop along and “get it”. I want people to take an interest who have never before been in this environment. I want operators in the “circle of trust” (Christ I hate that) to give and share without agenda, I want them to come from a far and show off what they do and how they do it, I want them to be open, giving and passionate.

The date for this Podcamp is yet undecided, quite possibly it will be around October 07 when the students return to study, thus getting mass numbers involved when the buzz on campus is high.

I can’t stress how important I personally feel it is to reach out beyond our circle, so tell the taxi driver what it is you do, explain to the local politician what it is you do. It is vital we all get out of the box, vital we communicate to one person who has no concept of a podcast, a blog, or what new media is. 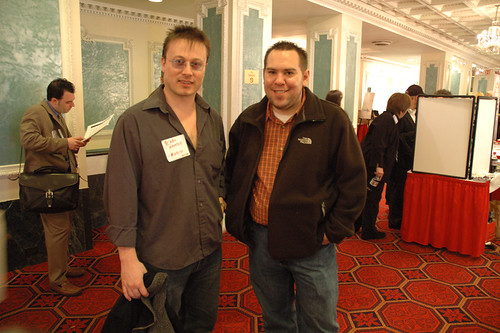 Anyone can start the ball rolling for a Podcamp, anyone at all, YOU can. If you blog or podcast why don’t you get one going in your town or city or village. The thing is a Pocamp doesn’t have to be a huge grand mighty affair, it doesn’t have to be massively covered by the press, it could be a small meet-up in a village pub on a bank holiday between 5 of you. If you bring one person in who was previously unaware of these tools you have achieved something great.

There is no central policy organisation, some basic points to adhere too only, nor should there ever be regulations, there is no “hand-of-god” to usher you into something you are uncomfortable with, if you want to do one, just do it!