The emperor has lost his clothes 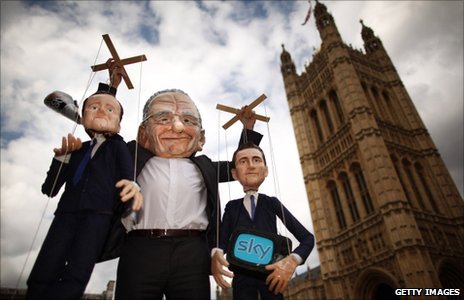 I’ve taken a particular interest in the current media scandal taking place in UK, not so much for the hideous activity of phone hacking (which is heinous) but rather in the fall-out that is now taking place.

Regardless of your preferred news outlet, the rabbit’s hat goes deep on this one. It reminds me of a conversation I had a few years ago with a Zimbabweian friend of mine.

Jo was particularly fascinated with how England was not overtly corrupt, and was trying to figure out how the social circles operate (that’s not a Google+ reference). She felt there was a level of snobbery and closed ranking regarding the flow of information – she was right! I’ve heard the same thing from other foreign nationals looking to understand British culture.

I had explained the “old boy” network and that in high society it’s all about following the money that flows initiated through back room deals. It’s not even hidden really, it’s more a case of “the social silence” as Gillian Tett states.

Of course the average Mr Smith living in blissful ignorance soaking up the red top daily tabloids is typically unaware of how the upper echelons operate in schmoozing for a piece of the various big deals. There has also been a lack of awareness with the extent of how our political system has been affected.

It is indeed the case that even our political system has been entrenched, and at the perils of the press editors, the media moguls for years.

So I’m following this with great interest, it really is one of those major moments in British history.