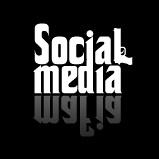 The first Social Media Mafia “sit down” took place in the East End of London in a swanky Asian restaurant known as the Scarlet Dot, a term which pays homage to the Hindu Bindi.

Within 5 minutes of introductions business cards and deals were being struck, clearly people needed to meet people, but meet people with an endorsement, a kind of fast-tracking of talent, and that concept is one that I love which is part of the point of this new project.

The conversation was vibrant and I list here the main theme or points I extracted from the “sit down”.

2. Human Resource Privacy – it was noted that some HR departments are known to be checking out their employees online activities and in some cases actually holding them to court over it. The general consensus was that this is unacceptable and exactly what an employer does or does not do outside of the office is in fact not the business of the company. This is a tricky grey area considering that most companies do not have written policy on the topic as well as being ill-informed of the benefits of using such systems too.

3. Human Resource Talent Sourcing – this conversation was concerning the potential of Web.2.0 spaces for finding and recruiting talent. Personally I have found that I do get recruitment agencies asking me to help in sourcing talent, this is mainly a product of my LinkedIn presence. It was also discussed what other types of networks and methods are appropriate for finding talent, is an non-formal environment such as Facebook appropriate for example? 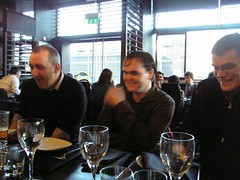 Number three in my list above is something I would urge you to think about with some depth, because through our informal Social Media Mafia “sit down” we managed to secure two jobs for two talented people, and correspondingly two professionals can now move ahead with their projects, proof that these “sit downs” are far more than a couple of beers.

The next Social Media Mafia “sit down” is taking place 7pm in London on March 1st.
FB Event or Upcoming

You should try to get to it.