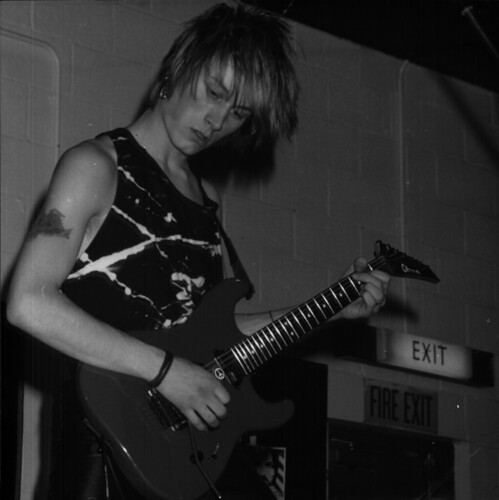 When I were a Rocknrolla this is how I looked.

This picture was taken round a bout 1989 I think (from what I can recall).

The band was called The Liberty and we played a mixture of Punk and Goth style rampant melodic anthems where the gigs were always very lively and often slightly riotous affairs. We conquered quite a significant following around the South West and went so far as to turn down a contract. Clearly youthful arrogance afforded us the choice to fuck the system and of course eventually we split up, in true differences of opinion style.

The band members though, all these years later, continue to be great friends and we meet up from time to time.

When I look at this picture the memories come flooding back and I do recall being utterly wasted at many points around those years. Of course I consider those years to be highly informative and instructive for me which shaped me somewhat, but I do look proper “rocknrolla”.

There are a bunch more from a similar time fond here in The Liberty set.